For my novel proposal, I have written about the audience I am writing for. When I was writing the book, I was blissfully unaware of how genres were proliferating in the modern publishing industry. For the sake of the art, it was freeing. For the sake of marketing, a little more research was needed. 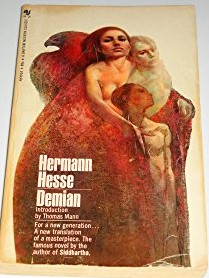 The “New Adult” genre is what I came across. But I have been much more influenced by classic bildungsroman literature like Salinger’s Catcher in the Rye, Hurston’s Their Eyes Were Watching God, Hesse’s Demian, Bronte’s Jane Eyre, Steinbeck’s The Red Pony, and Cisneros’ The House on Mango Street. But the publishing industry needed to capitalize on the emergence of a subset of modern readers and writers concerned with the emotionally-fraught time of new found independence.

So, here’s what I have written for the “Audience” section of my proposal:

While there are elements of fiction in the novel that adult readers of all ages will appreciate, the age groups (19-45) defined as my target audiences are Millennials and X-ers. These generations are defined, respectively, as the first generation never to know life without digital technology, and the generation that were in or approaching early adulthood at the dawn of the internet era.

This novel is geared toward anyone who wants to explore modern identity: perhaps it all too-determined by binary coding and algorithms. Was there a certain hapless art that went along with self-discovery that Millennials will never know? How did X-ers deal with those formative years just after high school?

In some ways, my novel most resembles “New Adult” (NA), the 19-26 year-old demographic genre that emerged in 2009. It is a genre characterized by “first-person narration, dramatic…plots, and characters with ‘issues’ ranging from history of abuse, anger management issues, and troubled family lives.” These characteristics are certainly present in my book. However, the NA label is troubling in that it is often linked to Romance and Chick Lit; the sexual content and playful tone of those genres are simply not the focal point of my book.

It is worth noting that several successful contemporary books (e.g. Ko’s The Leavers and Bulawayo’s We Need New Names) were simply designated as “Fiction” even though they share many characteristics of NA. There may be an advantage to simultaneously marketing a book in two different genres. But I believe my novel would be most appropriate if sold as “Fiction.”